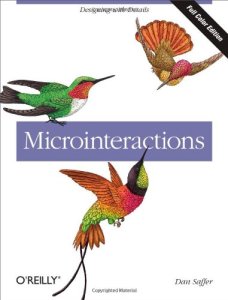 The son of a plumber and a psychologist, Dan Saffer feels the interaction design he does is a little bit of both. Since 1995, he’s designed everything from websites to consumer electronics to robots. He feels that design isn’t only about problem solving, but about creating a better, more humane, future.

At Smart Design, Dan is one of the creative directors leading the interaction design practice, guiding teams to create new interaction paradigms across a wide range of products, spanning both digital and physical. Dan’s insightful, thoughtful approach to design has been captured in the three books he’s written—Designing for Interaction, Designing Gestural Interfaces, and Designing Devices—which are required reading for any student of interaction design. Dan latest book, Microinteractions, was published in 2013 to great acclaim.