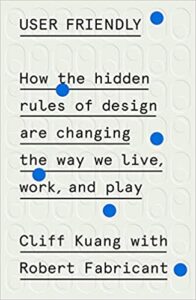 Cliff Kuang is a user experience designer at Google and author of User Friendly: How the Hidden Rules of Design Are Changing the Way We Live, Work, and Play, which was called a “tour de force” by the New York Times and was also named an Amazon Best Book of 2019.

Previously, he was head of UX and product at Fast Company; the founder of Fast Company’s design site, Co.Design; and an editor at Wired. Under his leadership, Co.Design became an award-winning source of insight and inspiration for a generation of designers.

The Story of “User Friendly” Design