The term “user friendly” is so common that it rolls off the tongue, yet few of us know the startling, inspiring, and sometimes terrifying story of how that concept was invented.

UX designer and journalist Cliff Kuang finally tells that story in his new book User Friendly: How the Hidden Rules of Design Are Changing the Way We Live, Work, and Play, which the New York Times called “a tour de force” and was named a Top 100 Book of the Year by Amazon.

The talk will be followed by an in-depth, open Q&A. 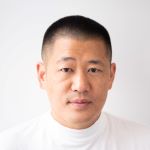